Here is the complete program and schedule for the 2016 RS Thomas Festival:

The work of Peter Hope Jones, which brings together evocative photography of Bardsey Island with Thomas’s poetry. Some rare copies of the book on sale.

What would be your one question to the son of two renowned artists? Questions sent in advance, by those who register.

Join the Coleridge in Wales Festival journey as it arrives in Aberdaron for the RS Thomas Festival. Thomas said that Coleridge was the key to understanding the power of the imagination in landscape and identity … and here’s a celebration and exploration of Thomas and Coleridge in an eclectic mix of conversation, performance, and music.

The influences on each other, husband and wife, artist and poet. Visualised through Elsi’s mural The Dance of Life

A discussion of Thomas’s late poems in response to a series of modernist paintings, including work by Matisse, Dali, and Henry Moore, considering the nature of the poet’s reflections.

Kitty’s Music – an intimate candlelit performance of sounds and songs inspired by the sea. Performed with voice, saxophone and piano. Kitty – voice/saxophone with Dave Jones – piano.

Stations to the Untenanted Cross
8am – 8:45am

A Meditation in St Hywyn’s church.

Communion Service at St Hywyn’s Church
10am – 11am

A conversation about Tillich’s influence on Thomas’s thinking and writing.

A recreation of the artist’s studio built by Elsi, which later became Thomas’ study. Scheduled 30 minute viewings, maximum 5 people at a time. 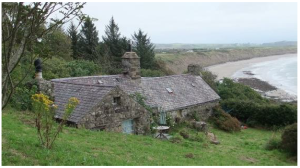 Reading the poetry in the landscape which inspired him. Minibus ride to Sarn Plas; 20 minute visit to the studio; drop off at Rhiw village; walk via Penarfynydd, Llanfaelrhys church, back to Aberdaron. 6 miles. [Limited to 10 walkers.]

Open-mike poetry for all. Read your favourite poem, or put in a request for someone else to read it, whilst enjoying dinner. Naomi’s food is gluten free! [Bring your own bottle.]

The Dance of Life Mural: See for Yourself
1:30pm

Elsi Eldridge’s famous painting, over 100 feet long, an opportunity to look at, discuss and ask questions, in the company of John McEllhenney and Tony Brown at Glyndwr University, Wrexham. Two and half hour’s drive from Aberdaron, with time for lunch in Wrexham. Make this part of the journey home. 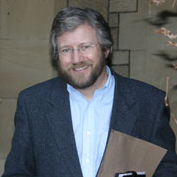 Professor Tony Brown is Co-Director of the RS Thomas Study Centre at Bangor University, where he is also Professor Emeritus in the School of English. He has published extensively in the field of Welsh writing in English, especially on the short story, upon which he is currently preparing a book. He was the founding editor of the journal Welsh Writing in English: A Yearbook of Critical Essays (1995-2007) and he has also published on Glyn Jones, including editions of Jones’s Collected Stories (U. of Wales P., 1999) and The Dragon has Two Tongues (U. of Wales P., 2001).

Tony Brown’s publications on RS Thomas extend over some thirty years and include RS Thomas (U. of Wales P., 2006, new ed. 2103). He and Jason Walford Davies published R. S. Thomas’s Uncollected Poems (Bloodaxe) in 2013 and are currently preparing the new collection Too Brave to Dream, for Bloodaxe Books (due Fall 2016). This collects RS Thomas’s late poems in response to modern paintings, previously unpublished poems which were found tucked into two books on modern art, Herbert Read’s Art Now (1933) and Surrealism (1936), which were on the poet’s shelves when he died. They include poems to paintings by Henry Moore, Edvard Munch, Salvador Dali, René Magritte and Graham Sutherland.

Tony Brown’s talk will discuss these poems and their unsettling readings of the paintings, haunted by the recurring presence of conflict–RS Thomas was active in CND in this period–and the struggle of the artist (and poet) who, in a menacing world, is ‘too brave to dream”.

Jason Walford Davies is Professor of Welsh and Co-Director of the R. S. Thomas Research Centre at Bangor University, where he has taught since 1993. His main research interests are twentieth-century Welsh literature, and Welsh Writing in English. He has published widely on the work of Waldo Williams and R.S. Thomas, and is currently preparing a monograph on Williams, and co-editing a collection of unpublished ekphrastic poems by Thomas, Too Brave to Dream, which will appear in 2016 from Bloodaxe Books. He won the Crown at the National Eisteddfod of Wales in Newport in 2004.

Susan Fogarty was introduced to the poetry of RS Thomas by Jim Cotter, her former vicar at St Hywyn’s Church, author of Etched by Silence, a collection of Thomas’s poems inspired and connected with the landscape around Aberdaron. She continues to learn.

She devised and developed a unique poetry meditation, Pilgrimage through Poetry: Stations to the Untenanted Cross. Although inspired by the sacred space of St Hywyn’s church, it has now been presented in other churches, in the UK and US, even on the moors of Derbyshire!

Pilgrim groups visiting Wales and Aberdaron are able to call upon her to present the meditation and an RS Thomas tour, to places around Aberdaron that inspired his poetry. Presentations of RS Thomas, his life, poetry and influences, are also offered.

Through Journeying.co.uk , she leads walking holidays, exploring Celtic Christian connections and themes, through poetry, sacred spaces and prayer. As Ministry Area Warden for Bro Enlli, and founder/facilitator of the annual RS Thomas Literary Festival in Aberdaron, ‘connection’ is her motivation. For more information about Susan’s projects in 2016, visit the Other Events page.

John G. McEllhenney is an American pastor and seminary professor who developed a personal relationship with RS Thomas during the last decade of the poet’s life. He is the author of A Masterwork of Doubting-Belief: R. S. Thomas and His Poetry (Wipf & Stock, 2013). Reverend McEllhenney’s collection of RS Thomas material is housed in the archives of Drew University in the United States. McEllhenney is also the author of Cutting the Monkey-Rope and the co-author of five books on Methodist history. You can listen to a podcast of McEllhenney discussing RS Thomas by clicking this link.

This summer Welsh singer, artist and facilitator Richard Parry is setting out with a band of artists, poets, musicians, environmentalists, philosophers, politicians, theologians, cooks, actors and story-tellers on the route of poet Sam Coleridge’s tours of Wales. And the journey comes to Aberdaron.

R. S. Thomas viewed Coleridge’s work as being centrally important. Thomas gave the lecture “Abercuawg” in 1976 at the National Eisteddfod in Cardigan, exploring the power of myth, words, place and nature in Welsh identity. He said: “In order to understand imagination’s true meaning one must be acquainted with the work of Coleridge, but I haven’t time to go into that today.”

40 years later the Coleridge in Wales festival is an 80 day footnote to these remarks, roaming Welsh countryside, towns and villages – a cultural adventure to celebrate hidden Welsh treasure.